Halloween just wouldn't be complete without this song.

My Halloween has been great so far! I started off the morning at the radio station and some Dunkin' Donuts! It couldn't be better. 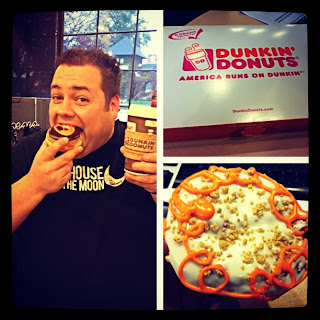 During my Halloween celebrating, I came across a new "sexy" Halloween costume. 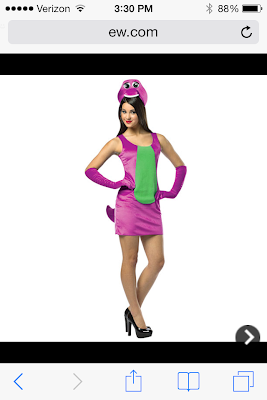 I knew when I was a kid watching Barney that he was missing something. I never thought it would be sex appeal though. I look forward to the new Barney song though, "I Love You, You Love Me, I'll give you an STD".

I hope you have a great time at your parties and festivities! Happy Halloween!

Posted by In the Studio Show at 3:34 PM No comments: 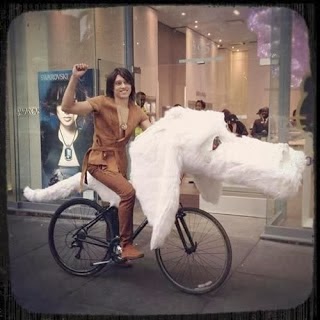 Posted by On the Mic Podcast at 6:44 AM No comments:

My House on the Moon book available in paperback!


Hey friends! My book, My House on the Moon, is now available in paperback on Amazon! If you haven't downloaded it on Kindle, go buy the paperback copy now! Thank you for all of the support.

BUY THE MY HOUSE ON THE MOON BOOK HERE

BUY THE MY HOUSE ON THE MOON BOOK HERE

Posted by In the Studio Show at 3:35 PM No comments:

Time for a new episode of On the Mic podcast! In this episode I sat down with writer, comedian, and Daily Show Alumni, Jenna Kim Jones. 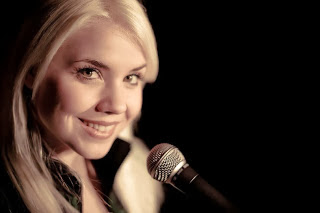 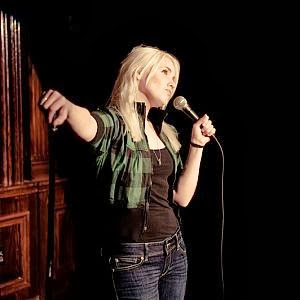 Jenna is back in town performing two nights at WiseGuys Comedy in Salt Lake City. I talked to Jenna about how she started in comedy, writing for The Daily Show, working as an intern for Letterman, TV writing and more! 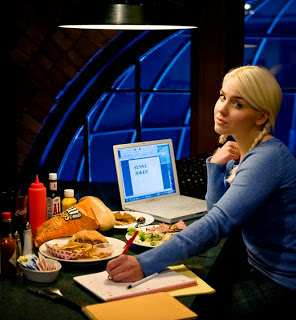 Jenna working on The Daily Show 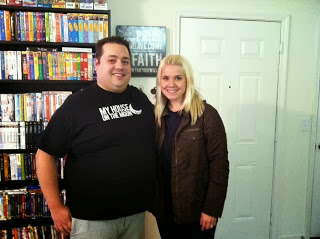 Tim and Jenna following the interview

A huge thank you to Jenna Kim Jones for taking the time out of her busy schedule to sit down with me for an interview. I've been a big fan of Jenna for several years and it was an honor to have her on the show. Make sure to go see her LIVE at WiseGuys Trolley Square October 11-12. Visit her website and follow her on Twitter. Enjoy the episode!

Posted by On the Mic Podcast at 7:19 PM No comments:

In this new episode I sit down with Salt Lake comedian, Travis Tate. Travis has been on the Utah comedy scene for two years and has established a rapidly growing fans base. 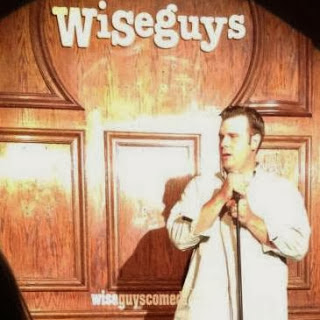 In this episode I talk to Travis about what inspired him to start comedy, balancing his family life with his comedy career, what inspires him to write, and more. Travis has shared the stage with many great comedians such as the Sklar Brothers, Tom Green, Jay Whittaker, and more. 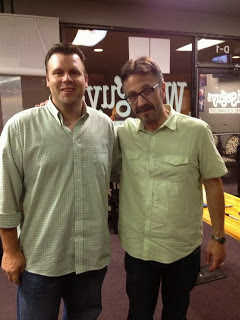 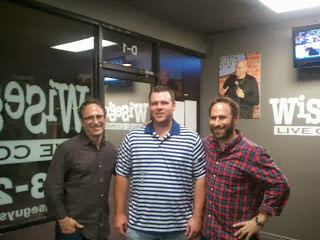 Travis after opening for the Sklar Brothers 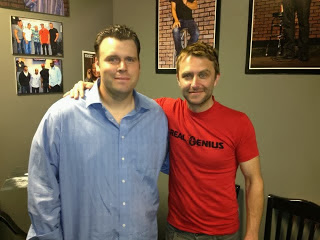 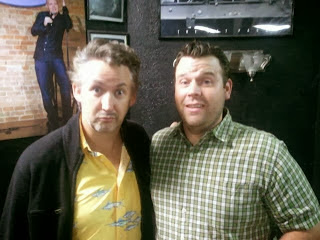 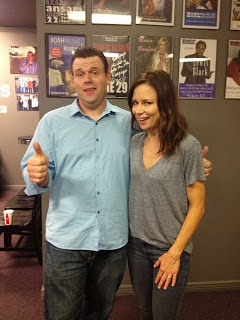 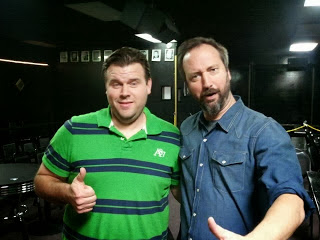 A special thanks to Travis Tate for taking the time to sit down with me for this episode. We had to record this episode twice because our digital recorder decided to die and delete the original. Travis was more than gracious to take the time to record again. Go see Travis LIVE on October 24th at WiseGuys in West Valley City, Utah. Thanks, Travis!

Posted by On the Mic Podcast at 7:06 PM No comments: