It's that time of year again! The red carpet is rolled out and the Oscars are here! Which can only mean one thing, it's time for my annual Oscar Picks! 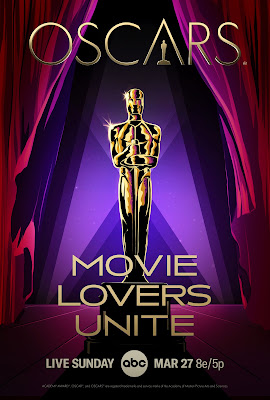 For the first time in three years we have hosts for the awards once again, welcoming in Regina Hall, Wanda Sykes, and Amy Schumer! I'm excited to see what they have in store for us.
This year's nominees are one of a kind and I had pleasure as always speaking with a number of them. This year I feel like the short film categories were honestly the hardest of all to pick. It was such an incredibly strong group of films. I absolutely loved them! There are so many nominees that have been waiting for this moment for so long and I think tonight is finally going to be their night! Without further adieu, here's my picks for the 94th Oscars.

The Power of the Dog is nipping at Coda's heals, but I think Coda has this locked, especially after winning the Producers Guild last week.

A tough category between Chastain and Penelope Cruz, but with Cruz already an Oscar winner, and this being Chastain's third nomination, I think it's her time. Especially after the SAG award win.

Honestly the Oscar I'm most excited for tonight is Troy Kotsur's win!

This was the pick I have struggled the most with. It's between Licorice Pizza or Belfast. They have both split their awards all season. Belfast seems to have lost its steam going into Oscar voting, but I won't be the least bit surprised for Belfast to win this.

Again, picking for what I think will win. Mitchell's VS. The Machines was honestly my favorite here.

At Sundance 2021 I said that Questlove would not only be an Oscar nominee, but that he would become an Oscar winner with this film. I can't wait to see that happen tonight.

I am so torn between  Dune and tick, tick... BOOM, but I think Dune should take it given that they also should win for sound.

The Eyes of Tammy Faye

The moment I head this song in early 2020 I knew it would be nominated. I know Encanto's Dos Oruguitas is a tough contender, and there's a huge chance it's going to win. But James Bond songs are on a hot streak and Billie and Finneas are as well. I think they will pull this off.

This film is just too damn sweet and cute that in a category Pixar usually runs away with, I fully expect this to win. I would LOVE to see Bestia sneak in and win here, but if history tells us anything, Acadmy voters LOVE the cutesy, animated short.

Another insanely difficult category to pick. The Long Goodbye is wonderful and Riz Ahmed and Aneil Karia absolutely deserve this win. I wouldn't be the least bit surprised to see Please Hold sneak in and win. I want a feature version of Please Hold. I could also see On My Mind even win here. On My Mind broke me in the best way possible. I absolutely loved that film.

I think Audible will take this, but don't be surprised if The Queen of Basketball pulls out the win.

The Oscars air TONIGHT on ABC at 5PM PST/8PM EST

Posted by On the Mic Podcast at 4:12 PM No comments:

Oscar week is here and it's time for an all new episode of the podcast with Oscar nominees Hugo Covarrubias and Tevo Diaz! 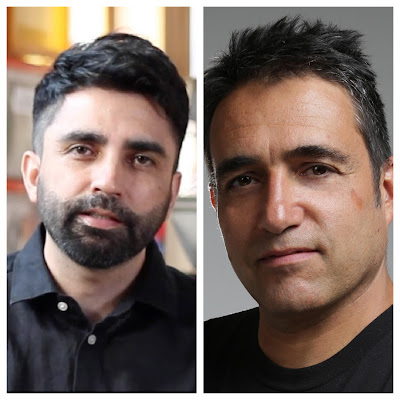 Hugo and Tevo's film "Bestia" is nominated for Best Animated Short Film in the 94th Oscars. I first watched "Bestia" at the Sundance Film Festival this year and was absolutely blown away by it. I knew immediately that it would be nominated for an Oscar and it was no surprise when the nominations were announced that "Bestia" was among them. 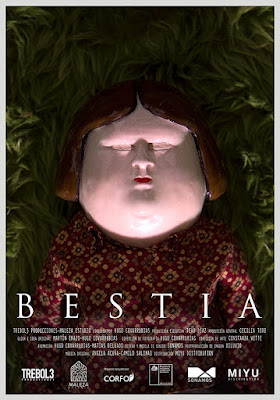 Hugo and Tevo discussed the process of getting "Bestia" off the ground, the immense research that went into creating the character and story, the production design (which is incredible), filming during the pandemic, and so much more. 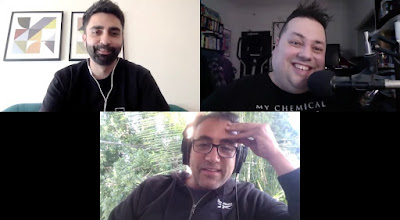 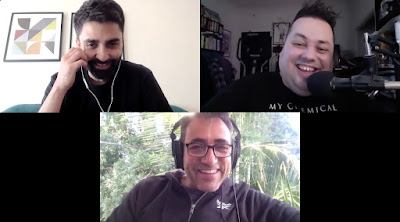 It was a great time talking with Hugo and Tevo over Zoom. There were a few technical issues, but they worked themselves out as the episode rolled on. "Bestia" is a film that will stick with me forever. I can't wait to see what is next for them and wish them the best at the Oscar's this Sunday.

You can still see "Bestia", as well as all of the nominated short films as part of ShortsTV. Click on the link below to find where it's playing near you.

Thanks, Hugo and Tebo!

BUY TICKETS FOR SHORTS TV NEAR YOU HERE

Posted by On the Mic Podcast at 7:03 PM No comments: