On today's episode Austin and I sat down with our good friend, Jonny Byrne! 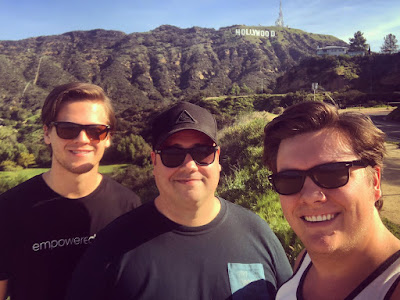 
Jonny came to LA to escape the icy tundra that is he calls home, Chicago. It was so great to have Jonny in town and be able to show in around the city. We journeyed up to Lake Hollywood to record this episode. 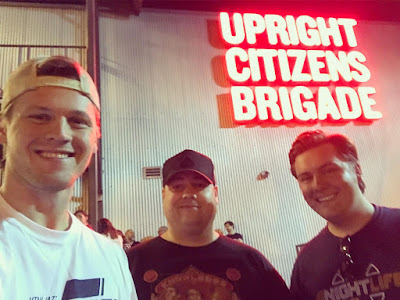 Austin, Tim and Jonny at UCB 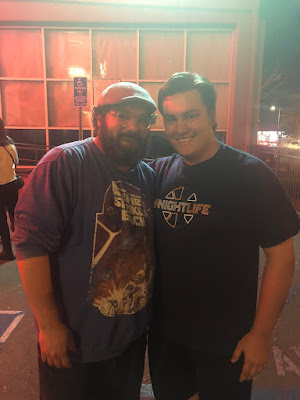 We talked to Jonny about his experience in Los Angeles, going to UCB, meeting Bobby Moynihan, going to Groundlings and meeting Jim Rash, living in Chicago, Second City, and more! We also gave some play by play of the ridiculously stupid girls right out our window that decided to pose for pictures on top of their Mustang convertible under the Hollywood Sign. 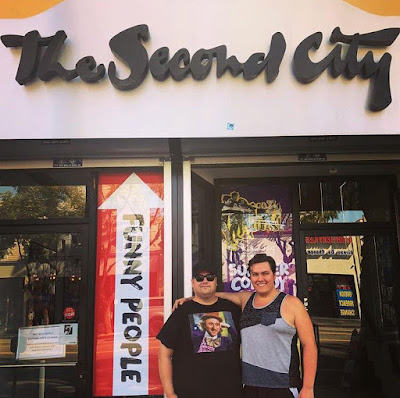 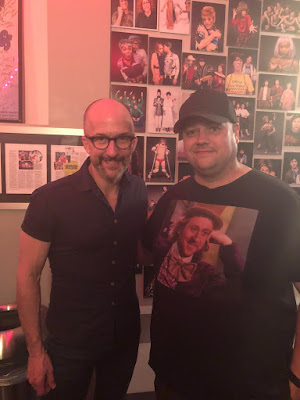 Tim and Jim Rash at The Groundlings

We had such a great time with Jonny while he was here visiting. Hopefully we will have him back here in LA sooner than later. If you're in Chicago, make sure to look for Jonny performing and check out his new improv group, Cult Movie Improv.

Thanks for joining us Jonny!

LISTEN TO THE EPISODE ON STITCHER RADIO HERE
Posted by On the Mic Podcast at 8:03 PM