The 'Jurassic World' Trailer is here!

We've been teased for months about the upcoming Jurassic World movie starring Chris Pratt. The debut trailer is finally here and needles to say I can't wait! Jurassic Park was one of my favorite movies as a kid and I am so excited to see the franchise reborn.

I'm sitting in my hotel in Los Angeles right now watching this trailer over and over again! It's going to be awesome!

Check out the official trailer! 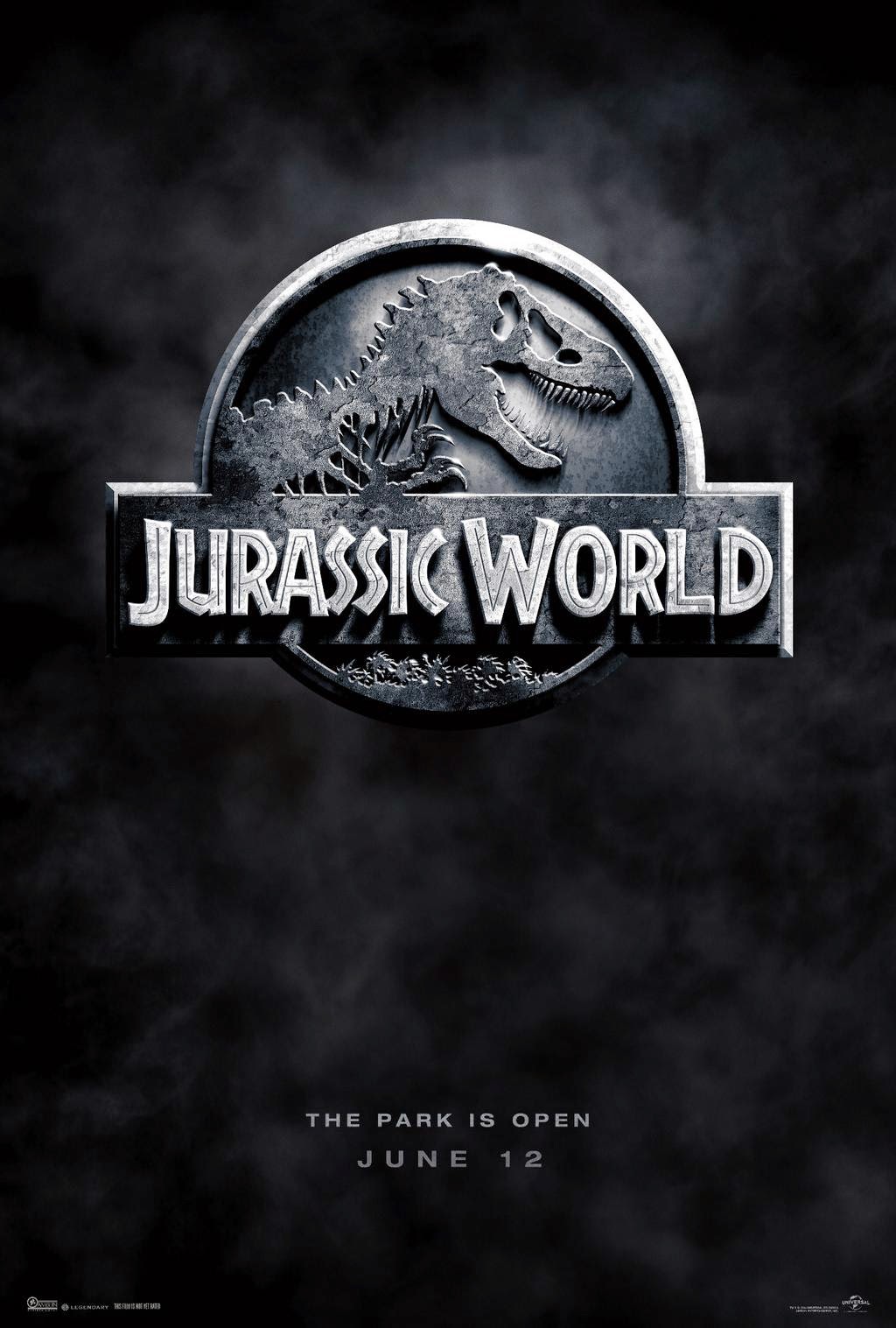 Posted by On the Mic Podcast at 4:35 PM No comments:

On today's episode of On the Mic I talked with Jacob Soboroff. 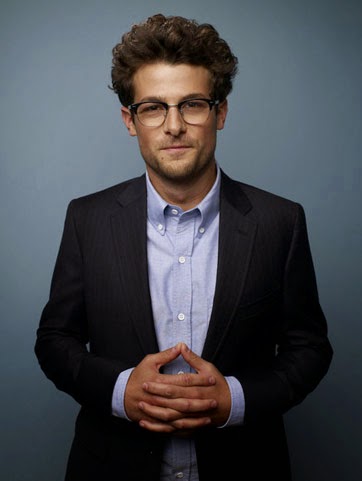 Jacob is known for his work on TakePart Live where he co-host the nightly news show with Meghan McCain. Jacob is also one of the hosts for the hit, YouTube Nation and former host of HuffPost LIVE.

Jacob and I talked about the success of TakePart Live, his future with YouTube Nation, meeting politicians, weird state laws, how he got started and so much more. 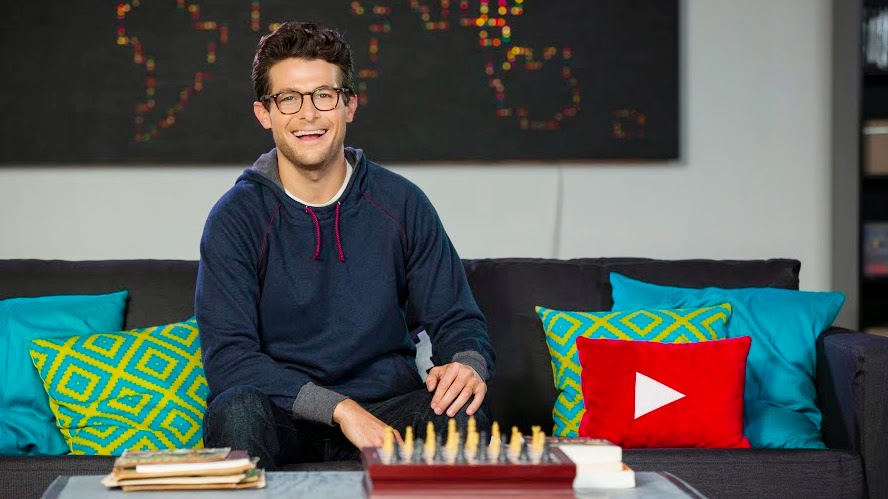 A huge Thanks to Jacob Soboroff for taking the time to talk with me on this episode. It was great getting know Jacob better. If you haven't already taken the time to check out TakePart Live, make sure to do it! It's a fantastic show that will keep you informed on the biggest topic in our society. Follow Jacob on Twitter and Subscribe to his YouTube Channel below.

Taylor Swift's new album "1989" was released a few weeks ago and has been crushing the charts. Swift named the album 1989 in reference to the year she was born, but who would have thought her hit single "Shake It Off" would have had some ties to the 80's as well. YouTuber Thomas Jung saw the potential of this hit. Check out his hilarious mashup of this 80's Aerobic Video and Taylor Swift's song, "Shake It Off". Enjoy! 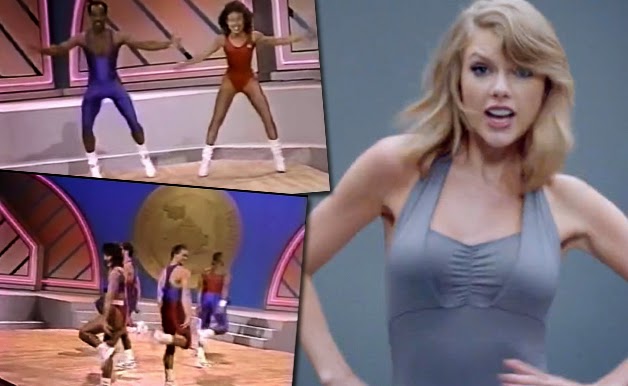 Posted by On the Mic Podcast at 6:28 AM No comments:

The 2014 Oscar race is starting to heat up. While it's still early in the process, plenty of great films have started to be screened by the Reviewing Committee. Today's release addresses those films submitted in the Animated Short Film category. 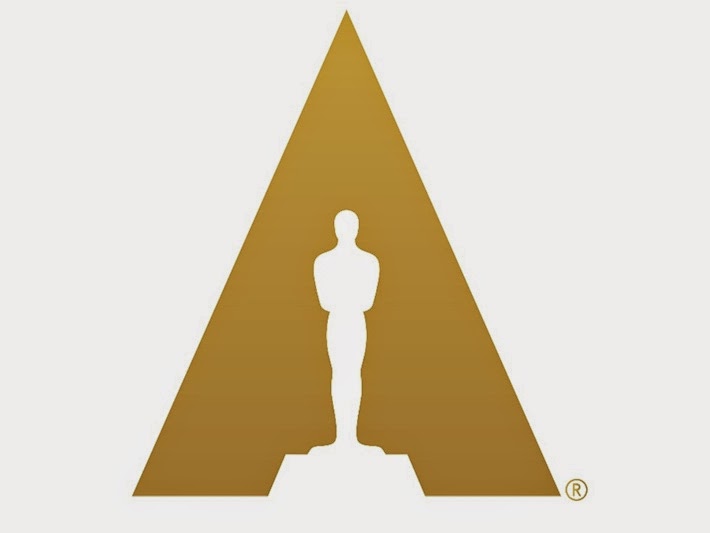 The Animated Shorts category started off with 58 submissions screened by the The Academy's Short Film and Animation Branch Viewing Committee that screened the eligible entries in the preliminary round of voting in Los Angeles and New York.

The 10 Animated Shorts that have advanced are the following:

Now that these 10 have been selected, the Short Film and Animation Branches will three to five nominees from these 10 titles. The branch will hold their screenings in Los Angeles, New York, London and San Francisco this December.

The 87th Academy Awards nominations will be announced live on January 15, 2015 at the Academy’s Samuel Goldwyn Theater.

Posted by On the Mic Podcast at 5:54 AM No comments:

It's here! The Official name for the new Star Wars film is finally here! 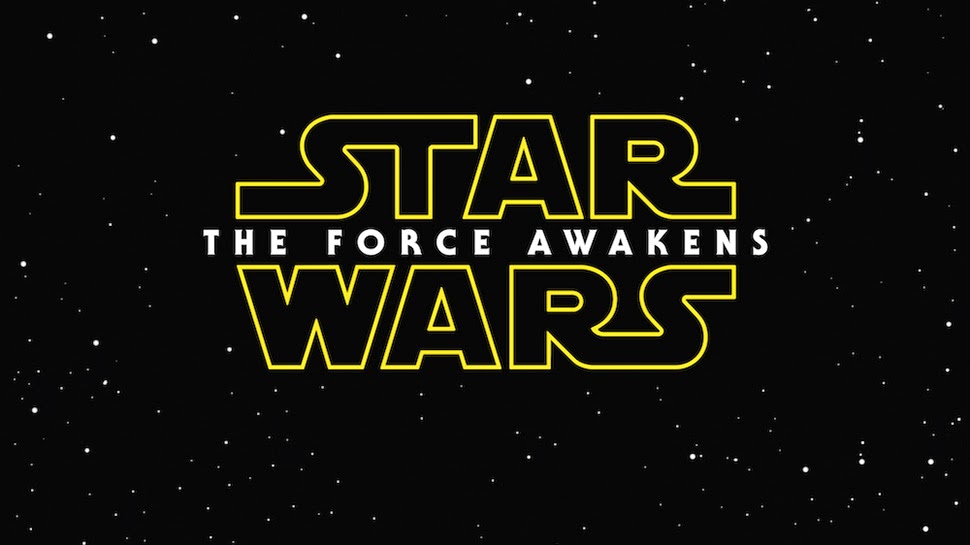 Even with the release of Star Wars Episode VII still over a year away, J.J. Abrams and crew know how to keep us on the edge of our seats. They have announced today that the Official name of the new Star Wars film will be: Star Wars: The Force Awakens

It turns out that just like me, The Force took a long nap until we were promised that we would never have to see Jar Jar Binks ever again.

Posted by On the Mic Podcast at 3:00 PM No comments:

"Beyond the Shadows" - Official Teaser Trailer

The Official Teaser Trailer for my new short film "Beyond the Shadows" is here! We have spent the last several months working on this film and are thrilled with how the film has come out. We have started submitting the film to film festivals around the world. We have already been accepted to one that we will be announcing shortly. Here is our Official Teaser Trailer for the film! Share it with you friends! Enjoy!

The Academy announced the list of the 20 Animated Feature Films that have submitted for consideration for the 87th Academy Awards today!

Some of these films submitted have not screened in Los Angeles yet which is one of the qualifying requirements. In order to be considered for voting, the films must fulfill their theatrical release requirements, as well as their other category requirements.

For the Animated Features category to be activated, at least eight of the animated features must be released in Los Angeles within the calendar year to be eligible.

The Animated Features may also qualify for Academy Awards in other categories, including Best Picture as long as they meet those category requirements as well.

Here is the list of the Animated Feature Films submitted for consideration. Did your favorite make the list?

“Big Hero 6”
“The Book of Life”
“The Boxtrolls”
“Cheatin’”
“Giovanni’s Island”
“Henry & Me”
“The Hero of Color City”
“How to Train Your Dragon 2”
“Jack and the Cuckoo-Clock Heart”
“Legends of Oz: Dorothy’s Return”
“The Lego Movie”
“Minuscule – Valley of the Lost Ants”
“Mr. Peabody & Sherman”
“Penguins of Madagascar”
“The Pirate Fairy”
“Planes: Fire & Rescue”
“Rio 2”
“Rocks in My Pockets”
“Song of the Sea”
“The Tale of the Princess Kaguya”

Posted by On the Mic Podcast at 2:37 PM No comments:

On today's episode I talked with the hilarious comedian and stuntman, Steve-O! 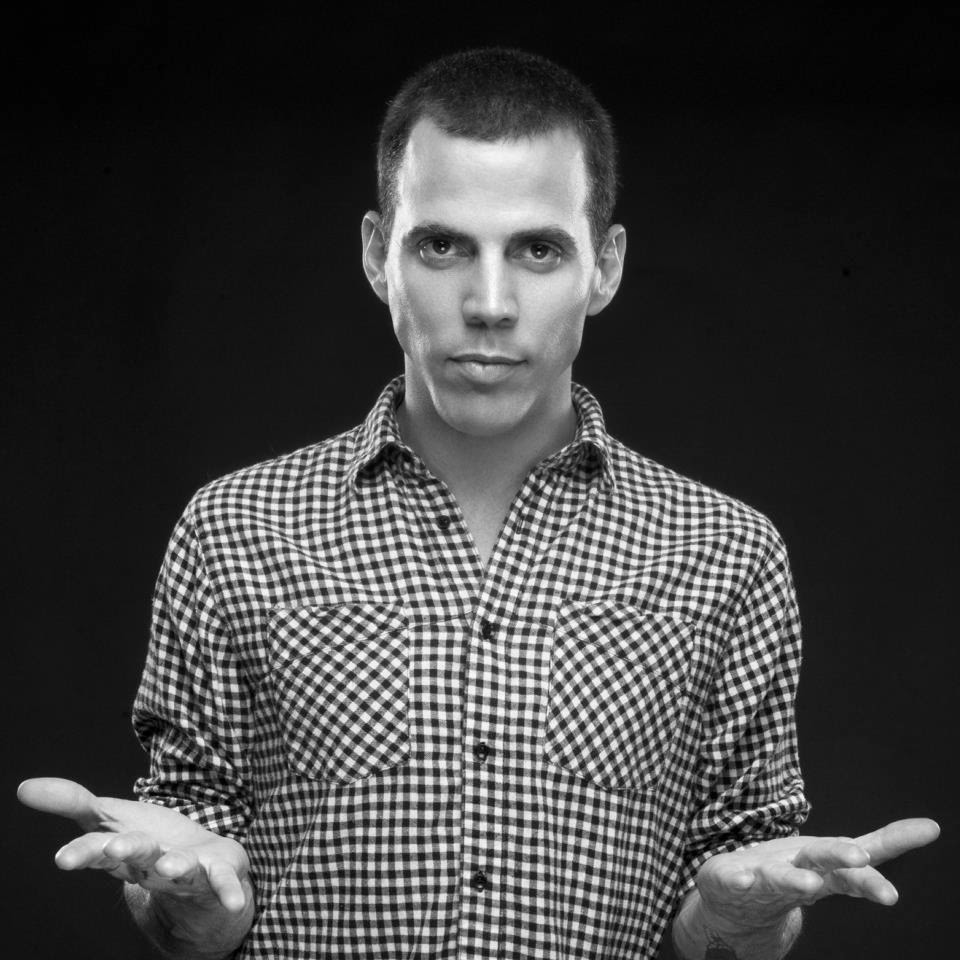 Steve-O is best known for his work on the hit MTV show, Jackass. Since Steve-O's time on Jackass, Wildboyz, and the Jackass Movies, Steve-O has spent a lot of time touring the country and focusing on stand up comedy. Steve-O is performing 6 shows this week at WiseGuys Comedy in Salt Lake City. Steve-O will be in town November 6-9. Don't miss him, Salt Lake! 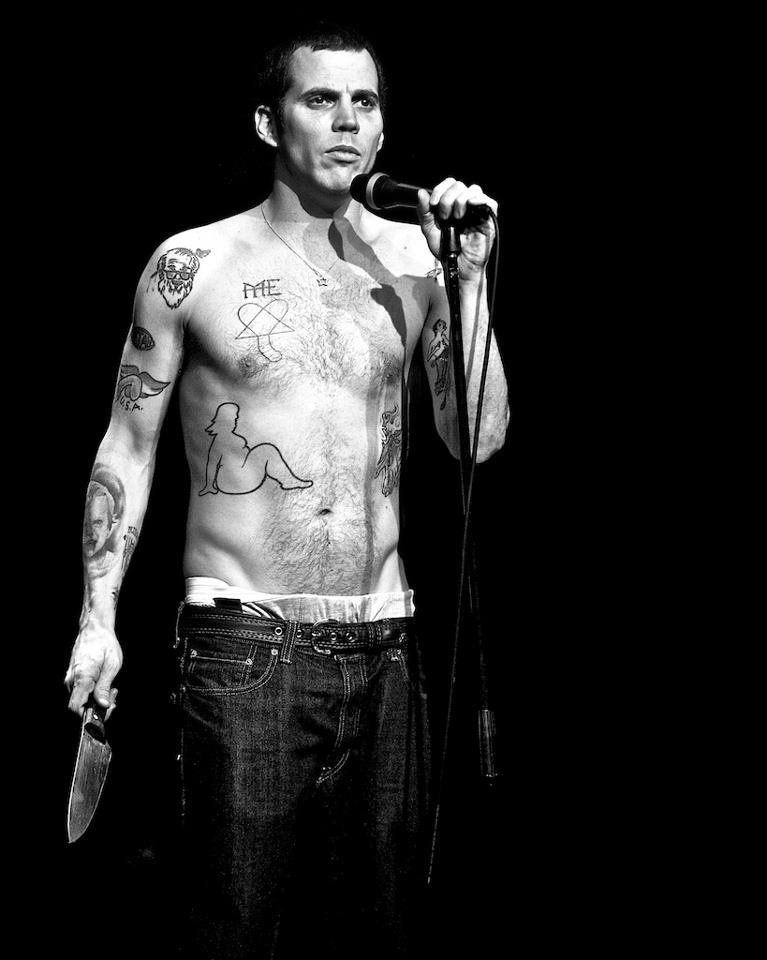 I talked with Steve-O about becoming a new home owner, his sobriety, taking on stand up comedy, performing stunts and so much more! Steve-O also talked about a new video they were shooting that day where we would find out how much duct tape it would take to hang Steve-O on a wall. 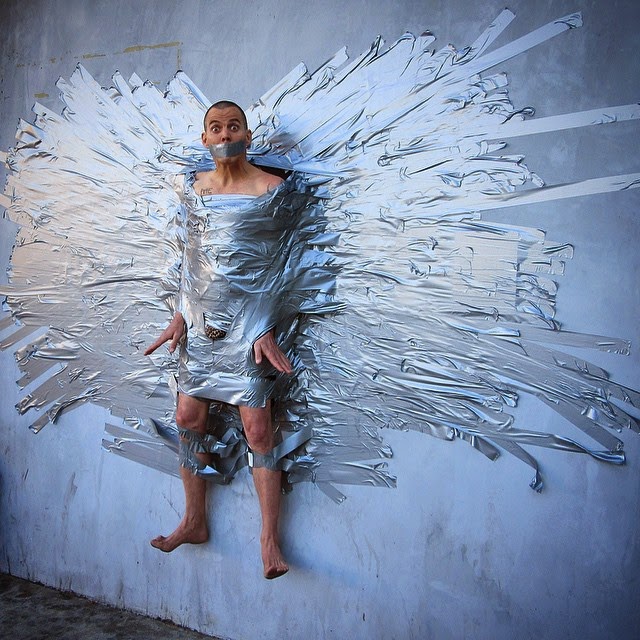 This is a still from the video Steve-O shot shortly after our interview. Stay tuned to Steve-O's YouTube to see the video of this stunt. 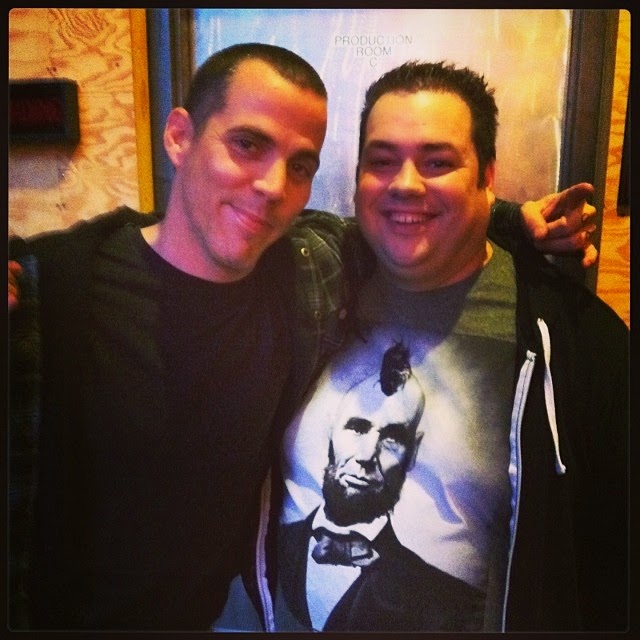 Little did I know Steve-O wrote a book a few years back. This book is Steve-O's memoir of being a stuntman and his career. Steve-O and I didn't get a chance to talk about his book, but I bought it right away and I suggest that you do as well! 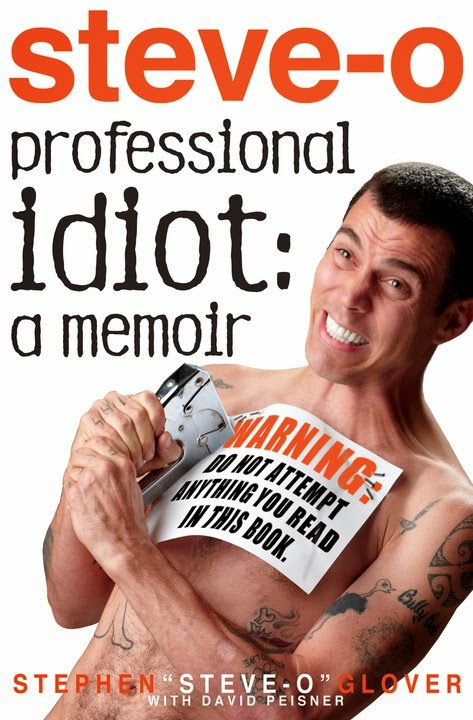 A huge thank you to Steve-O for taking the time to do this interview. It is always great to talk with Steve-O. I've had the opportunity to meet a lot of great people in the industry and Steve-O is one the the kindest to talk with. It was great to see where his career is at and what is coming up next. Don't miss Steve-O at WiseGuys Comedy this weekend if you are in Salt Lake. Opening for Steve-O is one of our good friends, and former guest of the show, Guy Seidel. You won't want to miss these two great comedians!

Check out all of Steve-O's Official links below. Follow him on social media, buy his book, and check out his YouTube channels! 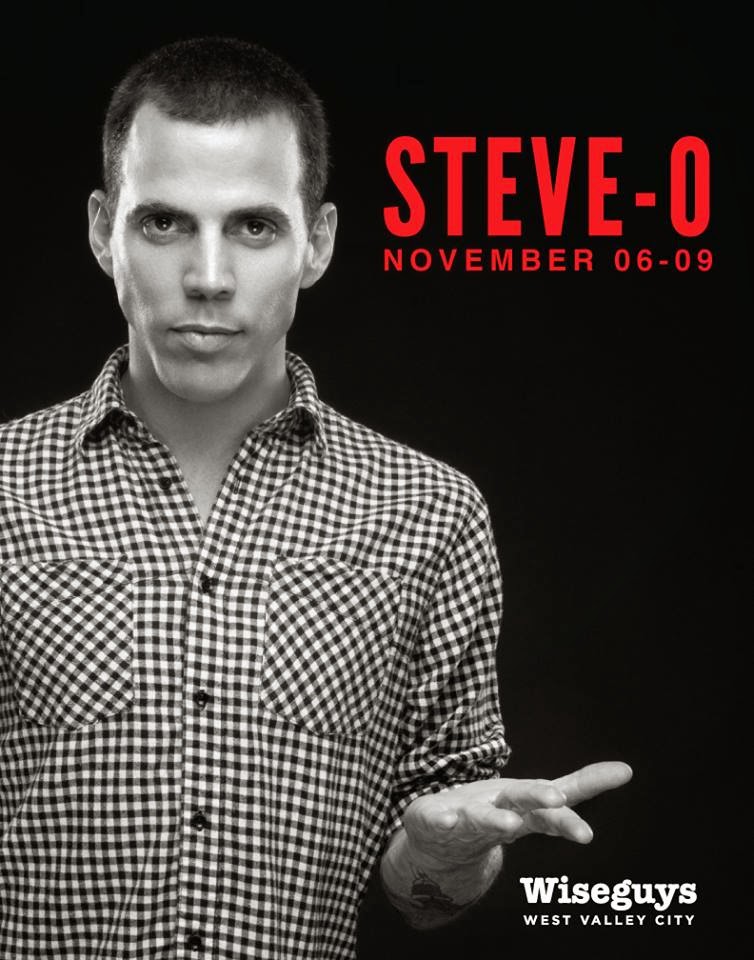 GET TICKETS TO SEE STEVE-O AT WISEGUYS HERE

Posted by On the Mic Podcast at 8:34 AM No comments: