On today's episode, Austin and I catch up after a month long unintended hiatus. 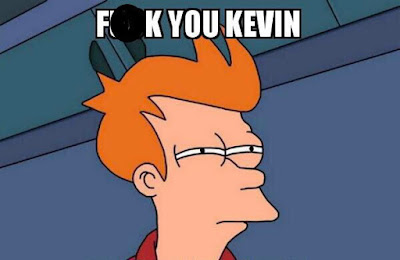 From the moment January 2019 started, things became insanely busy for us without any warning. I was Producing shows for the Sundance Film Festival, Austin ened up filming a role in a movie, I also ended up getting sick and Austin made some career strides all while prepping for an art show and a small move. Before we knew it, January was over. I also had a run in with a guy named Kevin who inspired a new sign off the podcast, which is also the name of this episode. Listen to the episode for the full story.

We're happy to be back and have a lot of great episodes ahead. Later this week we have Aaron Bleyaert from Conan on the show and all of our Oscar coverage starts next week!

And most importantly, F**k You, Kevin!

LISTEN TO THE EPISODE ON STITCHER RADIO HERE
Posted by On the Mic Podcast at 1:28 PM