Ever since this new Watchman series was announced by HBO I have been waiting in eager anticipation for it's release. 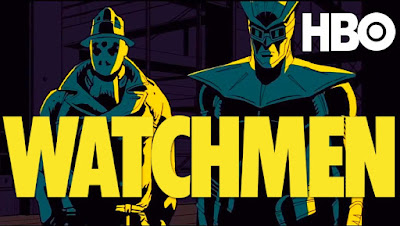 We've seen a few looks at the series so far, but the newest trailer has me on the edge of my seat! There are many critics of the past Watchmen film (honestly I quite enjoyed the film) but from the looks of it, I think this new series is going to make everybody a fan.

Take a look at the new trailer below!

The new Watchmen series debuts October 20th on HBO. Enjoy!
Posted by On the Mic Podcast at 7:08 AM