Oscar Week is here! After a month long hiatus I am thrilled to be back and talking with the Oscar Nominated filmmakers of this year's short films. 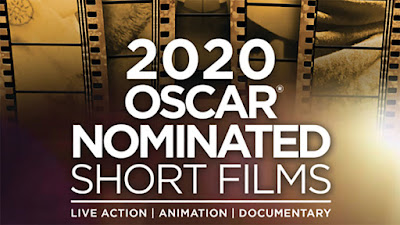 This episode is Part 1 of the coverage featuring Daria Kashcheeva from "Daughter", Rosana Sullivan & Kathryn Hendrickson from "Kitbull", & Everett Downing Jr. from "Hair Love".  All three films are part of my favorite of categories, the Animated Shorts.

This first group of filmmakers had such great stories about how their films came to be. Rosana and Kathryn both have a long history in animation. Rosana was one of the Producers on Toy Story 4, and they have both worked on films like The Incredibles, Finding Dory and The Good Dinosaur. Everett Downing Jr. is another animation juggernaut animating films like WALL-E, Up, Brave, Ratatouille, and Ice Age. Which brings us to Daria Kashcheeva. Daria's film is only the second short film she's made. It was her student film final, and it's absolutely breathtaking. I have never seen anything like "Daughter". Daria literally created parts of her animation style to make this film. It's only a matter of time before she joins the ranks of the other three animation titans.

It was so much fun talking to the four of them! Next week I will have two more episodes as part of my Oscar coverage. A huge Thank You to Daria, Rosana, Kathryn, and Everett for taking the time to join me on this first Oscar episode. Look for the ShortsTV program playing in a theater near you or find it online on the links below.