It's that time again. The 65th Annual Primetime Emmy Awards are here! There are so many great nominations this year. Out of all of the award shows, I always feel that the Emmys are the hardest to make picks on. There are so many incredible nominees that all deserve this award. 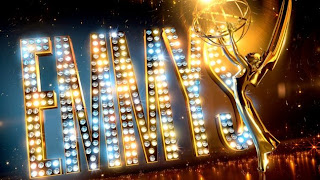 I'm really looking forward to having Neil Patrick Harris back to host the Emmys. I've been a fan of Neil since I was a kid watching him on Doogie Howser. I've of course been a huge fan of How I Met Your Mother, where Neil plays the Legendary Barney Stinson. 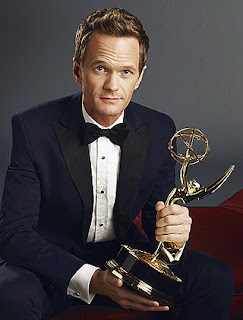 While in LA, I was able to check out an Emmy Award up close. I never realized how big an Emmy trophy actually was. 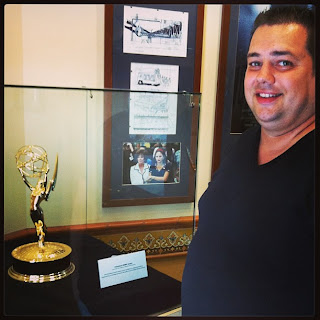 The time has come for me to reveal my picks. Like I stated above, I think the Emmy's are one of the hardest to pick because of such an amazing pool of actors and actresses. I have only selected the major categories to pick due to the fact that there are way too many categories to go through. Let's see how I do!

What an incredible list of nominees here. This could very well go to Claire Danes or Vera Farmiga, but I really think Kerry Washington has it this year. If Kerry Washington wins, she will also be the first African American to win in this category! I absolutely loved Vera Farmiga in Bates Motel, and I think she still could be the one to take this from Washington.

I must say though I was thrilled to see Kevin Spacey nominated for House of Cards. If you haven't watched the show on Netflix yet, check it out! It's incredible and Spacey is brilliant in it. However, nobody can match Walter White.

I think this will be a Breaking Bad year. Anna Gunn has been incredible as Breaking Bad has started to build to it's series finale.

I think this award goes to Aaron Paul hands down. I was thrilled to see Jonathan Banks also nominated for his role in Breaking Bad. Banks is a fantastic actor and I'm really looking forward to seeing what is next for him.

I honestly don't know who to pick on this. I don't really remember any of their performances. I think this could go to Fox since he's back and making a statement!

Outstanding Writing for a Drama Series

Like I said, I think this is a Breaking Bad year for the Drama's.

Great group of hilarious women, but none of them compare to Julia Louis-Dreyfus in Veep.

I love every one of these actors. They all deserve this. Jim Parsons would really be the next contender, but I think this will be just one of the Emmy's that we will see Louie take home tonight. I also love seeing Jason Bateman back in the running for Arrested Development.

I've really wanted to see this go to Mayim Bialik for her role as Amy of The Big Bang Theory, but Julie Bowen is going to be too strong to overcome in this category for her third consecutive Emmy win.

This could easily go to Melissa McCarthy for SNL as well. Props to Dot-Marie Jones for her nomination for Glee.

Bob Newhart was absolutely hilarious in his guest role on The Big Bang Theory. A strong group of guest actors here, but I think this goes to Newhart.

Outstanding Writing for a Comedy Series

Like I said above, I think we will see Louie C.K. taking home a few more Emmy's this year.

I spent about 20 minutes really thinking over this pick. Veep is a tough contender in this category, but I really think that Modern Family has it again this year. The Big Bang Theory and 30 Rock were also great this last year, but I think in whole Modern Family was the best.

Outstanding Lead Actress in a Miniseries or a Movie

Another solid performance from Jessica Lange in American Horror Story.

Outstanding Lead Actor in a Miniseries or a Movie

I think Douglas really earned this for Behind the Candelabra. He was incredible. His co-star, Matt Damon was excellent as well, but I really think this is going to Douglas.

Outstanding Supporting Actress in a Miniseries or a Movie

Outstanding Supporting Actor in a Miniseries or a Movie

Another category that I really had a hard time making a pick. Quinto was amazing in American Horror Story, but then again, so was his co-start James Cromwell. Don't be surprised if you see this go to Cromwell.

Outstanding Writing in a Miniseries, Movie or Dramatic Special

Top of the Lake

I didn't get to see a few of the nominated shows in this category, but I have heard major reviews about the writing on Top of the Lake.

I think this could also go to Political Animals. That show has been intense and fantastic.

Outstanding Host for a Reality or Reality Competition Program

I'm a fan of Seacrest, but I'm sick of American Idol. Everybody loves Tim Gunn! I think this is his.

Maybe if The Voice wins American Idol and the X-Factor will get the hint and go away.

Outstanding Writing for a Variety Series

Outstanding Writing for a Variety Special

Win #3 that I am predicting for Louie.

Don't be surprised if we see South Park take another one here. It was a coin flip between the two here.

There are my picks! Let's see how I do with my picks. Congratulations to all of the nominees this year. Tune in TONIGHT on CBS and check it out.

FOLLOW THE EMMY AWARDS ONLINE HERE
Posted by On the Mic Podcast at 7:38 AM