Fantasy Con took place last week July 3-5 at the Salt Palace and On the Mic was there to experience the fantasy!

As we wrapped our interview with Paul Amos and Rachel Sakrsten from 'Lost Girl', we packed up and left for the Salt Palace Convention Center.  Fantasy Con was packed with excitement from the start. The long line of fans dressed as various fantasy characters eagerly waited to get in and live out their fantasies. Packed with fantastic celebrity guests and a plethora of exhibits and interactive events, Fantasy Con had something for everybody. 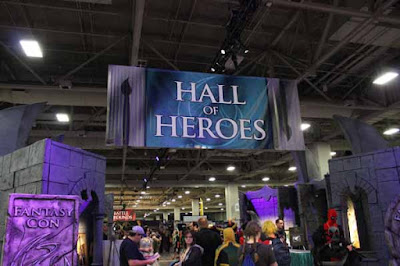 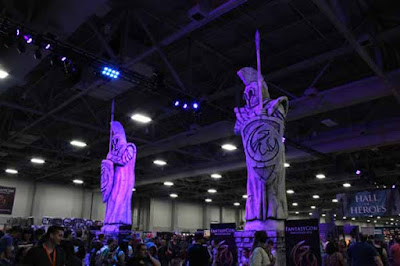 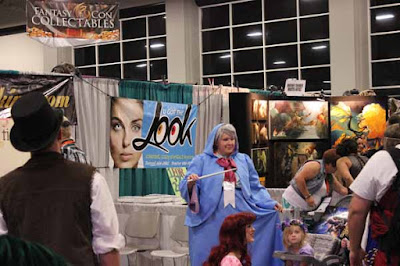 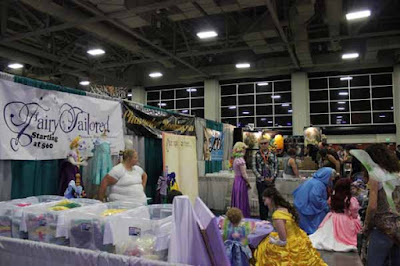 For the adults, there were so many great booths with collectibles, DVD’s, large walking monsters and more. One stop that everybody loved was our friends at Creature Encounters.  Lucky visitors got to hold the snakes, bearded dragons, spiders and many other crawly creatures they had to see. 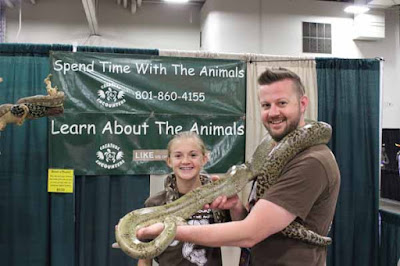 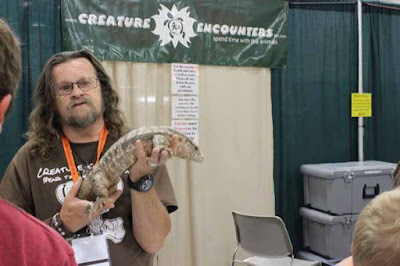 The Free Archery Range was a very popular attraction with a continual line all weekend long for fans wanting to channel their inner Legolas and Katniss. 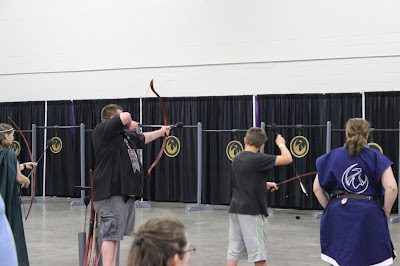 Throughout the main hall, there were plenty of props for fan photo ops. The most popular seemed to be the Jabba and Ewok props. Fans were able to take pictures with the beloved Star Wars characters while waiting to get in line for autographs with celebrity guests. 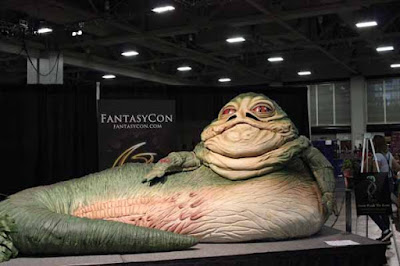 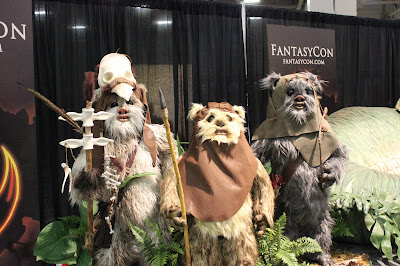 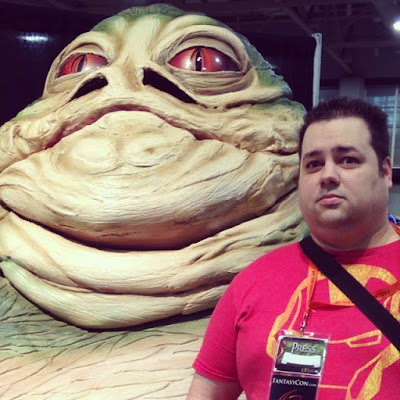 I finally found my spirit animal...

The panels during Fantasy Con were excellent. The cast of the hit SyFy show, ‘Lost Girl’ kicked things off Thursday morning with a hilarious and entertaining panel. 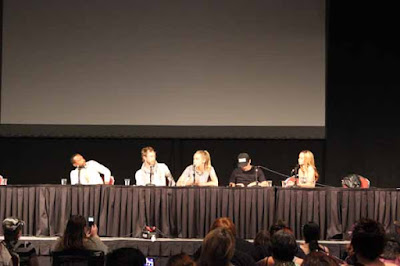 The cast of 'Lost Girl'

Sean Astin’s panel was definitely one to remember. The actor recounted many great stories from The Goonies, Rudy, The Lord of the Rings, and even the locally filmed movie, The Freemason. Two of the highlights of his panel were hearing Sean recite the speech his gave to Froto as Sam Wise in Lord of the Rings: Two Towers, as well as shouting “Goonies never say die!” 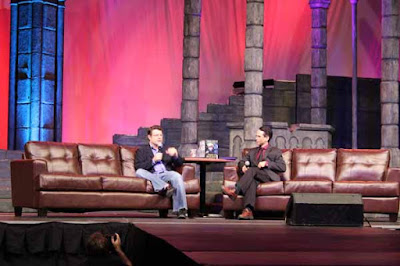 Following Sean Astin’s panel was The Hobbit Whose Line Is It Anyway, featuring members of The Hobbit and The Lord of the Rings cast. Graham McTavish, Jed Brophy, Ken Stott, John Callen, William Kircher, and Adam Brown entertained the crowd with stories on and off the set of both of the herald films, and insight about a special calendar that they had made for Director Peter Jackson. 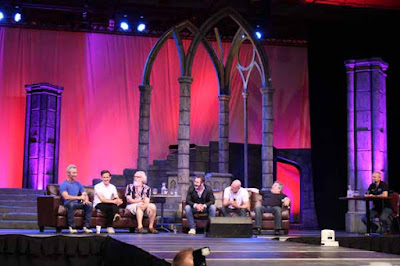 Cast members from 'The Hobbit' and 'Lord of the Rings'

The much-anticipated arrival of the hilarious filmmaker Simon Pegg left everybody in attendance more than satisfied. Simon Pegg’s panel was hilarious as fans asked questions about his classic films from Shaun of the Dead, Hot Fuzz and The World’s End. Simon gave the crowd an in depth discussion into the psyche of his well-written and beloved characters. For the film geeks in the audience, this was a great opportunity to learn from a great filmmaker about the lengths he goes to for great character development. 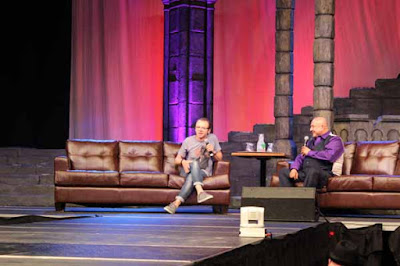 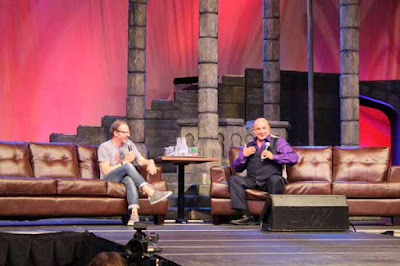 The last panel I attended was Mark Sheppard from Supernatural, Doctor Who, Firefly and Battlestar Galactica. Mark’s main discussion was geared towards playing the character of Crowley in Supernatural. I must say, for being known as the King of Hell, Mark Sheppard was an incredibly nice guy. Mark didn’t have a moderator for his panel and spent the entire panel at the front of the stage with the crowd, where he would continually climb off the stage and hug members of the crowd and even talk to a little girl waiting for her mom to ask as question. 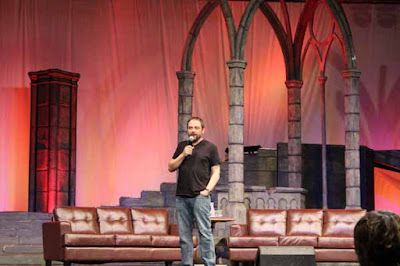 Overall, my entire Fantasy Con experience was excellent. If you weren’t able to make it out this year you truly missed out on a great party. I couldn’t have asked for a better time and can’t wait for next year’s event. Here are a few more of my favorite pictures from Fantasy Con. 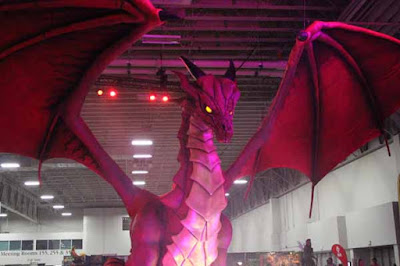 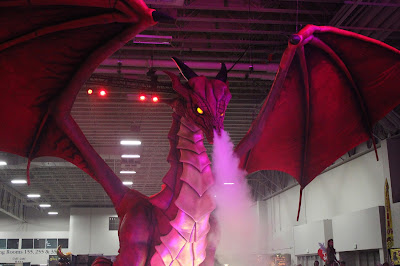 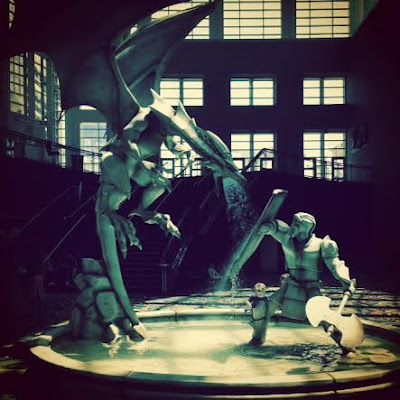 The Fantasy Con fountain! I will own this one day.

Thanks for having me Fantasy Con! See you next year!