It's Emmy time folks, and you know what that means. It's time for Tim's annual Emmy picks. Tim's picks have become a tradition during award season and something we know all of you have come to expect and love.

Late Night host and former SNL alum Seth Meyers is back and hosting this years ceremony. 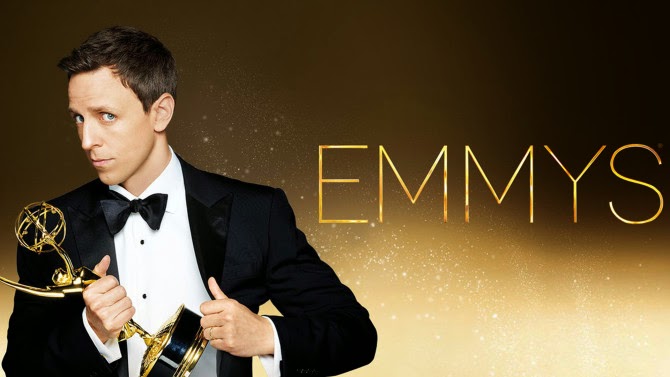 There are so many great actors, actresses and shows that have been nominated this year. Every one of them deserve to win this prestigious television award. With this years Emmy's we will give a final farewell to some shows, such as Breaking Bad. We also see a bunch of new shows that really made a punch this year such as HBO's True Detective. Game of Thrones leads the pack with the most nominations coming in at 59 nominations, but will they take them all?

We can't wait for the show tonight. The Emmy Awards have a ton of categories and as usual Tim will only be picking the main categories. Without further adieu, here are Tim's picks for the 2014 Emmy Awards.

Supporting Actor in a Drama Series


Supporting Actress in a Drama Series

*This is an incredibly tough category to pick from with so many great performances from Christina Hendricks in Mad Men and Lena Heady in Game of Thrones. This year I feel like Anna Gunn has captured this outright with a phenomenal performance in the Final Season of Breaking Bad.

Lead Actor in a Drama Series

* I think most fans would agree that this award will go to Bryan Cranston for his final performance of Walter White, but let's not count out Matthew McConaughey's incredible performance in True Detective. Really everybody in this category, Kevin Spacey, Jon Hamm, Jeff Daniels, and Woody Harrelson, are all more than deserving on the Emmy in this category, but I truly think Bryan Cranston will be sent off with a final Emmy for Breaking Bad.

Lead Actress in a Drama Series

*Another powerhouse category. I really feel that Robin Wright will win this year, but don't count out Lizzy Caplan for Masters of Sex or Kerry Washington for Scandal. Both of these women were amazing in their roles.

Guest Actress in a Drama Series

Guest Actor in a Drama Series


Outstanding Writing For A Drama Series

*Don't count out the Breaking Bad episode "Ozymandias". Both of these episodes were amazing and wrapped up the series beautifully. However, I can't think of a better finale than Breaking Bad's.

Outstanding Directing For A Drama Series

*The only other possibility I really see for this category is Cary Joji Fukunaga for the episode "Who Goes There" from True Detective.


Supporting Actor in a Comedy Series

*Such a great lineup of actors here. I would love to see any one of these guys win. I really wouldn't mind to see Tony Hale win again for Veep, but I really think we will see Andre Braugher take home his first win for Brooklyn Nine-Nine. This wouldn't be his first Emmy win either since he took one home for the hit drama, Homicide.


Supporting Actress in a Comedy Series

*Year after year, Mayim Bialik's knocks it out of the park with her character Amy on The Big Bang Theory. I pick her every year and this year is no different. I won't be surprised to see Kate Mulgrew win for "Orange Is The New Black"though. I must say I am thrilled to see SNL cast member Kate McKinnon get a nomination as well.


Lead Actor in a Comedy Series

*A lot of good performances this year, but not as strong as a category as previous years. Jim Parson will add another Emmy to his collection this year.

Lead Actress in a Comedy Series

Guest Actress in a Comedy Series


Guest Actor in a Comedy Series

*This was easily my favorite episode of SNL all of last season. Fallon is a lock for his Emmy win!

Outstanding Writing For A Comedy Series

*Even though I don't see it winning, I am glad to see that Silicon Valley received an Emmy nomination in it's first year!

Outstanding Directing For A Comedy Series

*The only other episode I really see this going to is Mike Judge for "Minimum Viable Product" for Silicon Valley.

*Well that just took me 20 minutes to type that. What a tough race for the best comedies on TV right now. I'm still not even 100% confident in my pick, but that's what I am going with. The other one that I am really torn between is Orange Is The New Black. The Big Bang Theory really seemed to step their game up their year. I think this Emmy goes to them. However, Orange Is The New Black has also become a powerhouse show. Modern Family is still one of the best comedies on TV, but I think this year just isn't their year. Louie, Veep and Silicon Valley are also amazing shows, but I just don't see them taking this one.


Lead Actress in a Mini-Series or Movie


Lead Actor in a Mini-Series or Movie

Supporting Actress in a Mini-Series or Movie

Supporting Actor in a Mini-Series or Movie

Outstanding Writing for a Variety-Series

*This could really go either way. I could really see The Daily Show or The Tonight Show getting this Emmy, but Colbert and his team of writers continue to step up their game. Even after winning the Emmy last year, The Colbert Nation hasn't slowed down a bit.

The Tonight Show with Jimmy Fallon

*While this category has previously been ruled by The Daily Show and The Colbert Report, Fallon has brought a whole new element to Late Night TV as he took over The Tonight Show. Fallon deserves this win!

I finally started watching Bob's Burgers back in the Fall. This show has quickly become one of my favorite shows on television. I think Bob's Burgers wins without a doubt.

There are my picks for this year! Let's see how I do! 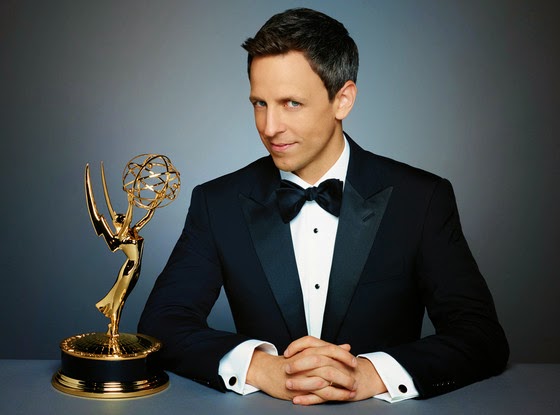 Don't miss the Emmy's TONIGHT at 8PM ET on NBC

Tim will be LIVE Tweeting the awards.

VISIT THE EMMY WEBSITE FOR THE OFFICIAL BALLOT HERE