The Official Trailer for the Dalton Trumbo biopic, Trumbo, starring Bryan Cranston has been released! 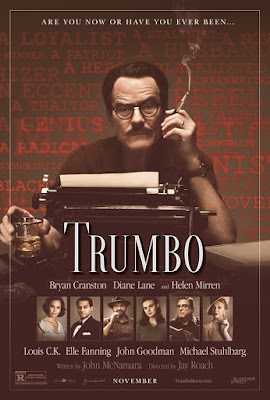 Trumbo follow the life of Hollywood screenwriter Dalton Trumbo as his career comes crashing down when he is blacklisted by the Hollywood community in the 1940's for being a Communist.

The trailer is absolutely intriguing and has me excited to see what this film will do as it's released during the prime of Oscar season. Check it out!