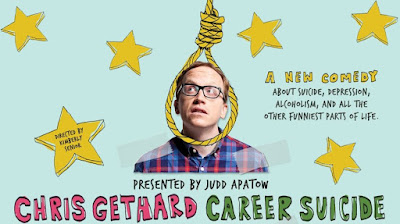 According to HBO's press release, Gethard will be adapting his off-Broadway for this exclusive presentation. 'Career Suicide' is a comedy about depression, alcoholism, suicide, and the other funniest parts of life. Getard holds nothing back as he dives into his experiences with mental illness, and psychiatry, finding hope in the strangest places.