Today's episode of the podcast comes to you LIVE from San Diego Comic-Con, with special guests, Rob Kutner and David J. Peterson! We were honored to have these two join us for the show and had such a great time talking with them. 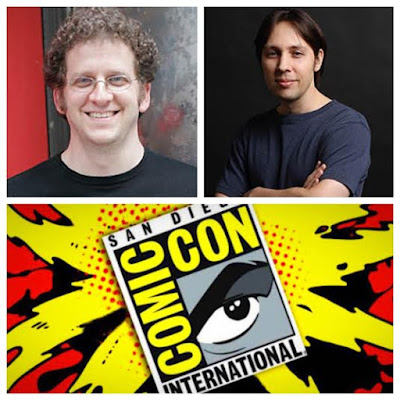 As you may know, Rob is currently a writer for Conan, which was possibly the hottest show in town during Comic-Con. We talked with Rob about writing for Conan and The Daily Show, as well as his comedy sci-fi comic "Shrinkage", and his comedy mini-series "Runaway Brains", that he does with Ken Jennings and Weird Al Yankovic on Howl.fm. 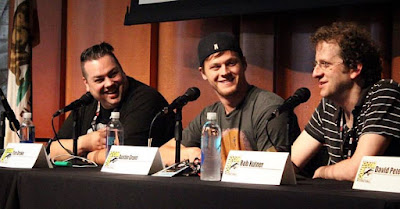 David J. Peterson is the brains behind many of your favorite TV and Film Languages, such as Dothraki in Game of Thrones. It was incredible to talk with David and learn the process of how he develops the languages, what it's like working on the shows, upcoming projects, and David even gave my wife her own Dothraki name. 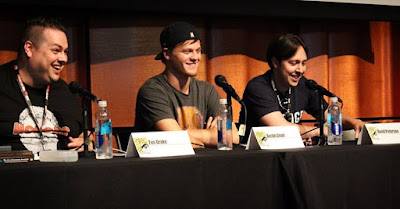 David J. Peterson during the live On the Mic at San Diego Comic-Con

This was our second year returning to SDCC and we couldn't have been happier to be back! The Programming and Press teams are SDCC are always incredibly welcoming and so helpful in making sure our experience is incredible. 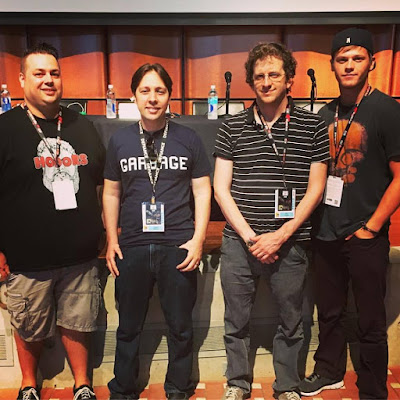 Tim, David, Rob and Austin before the show

Huge Thanks to Rob and David for taking the time to do the show at San Diego Comic-Con. It was great talking with them and learning more about their careers and all of their upcoming and current projects. Make sure to check out all of their projects on the links below and follow them on social media! 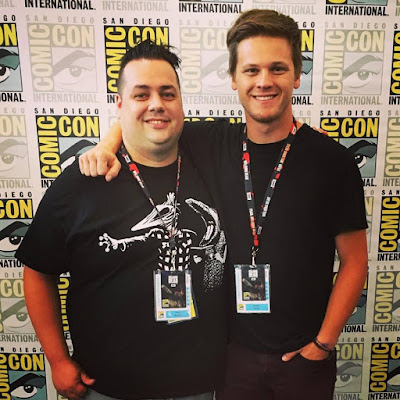 On next week's episode, Austin and I will recap our 2016 SDCC experience and talk about what's next.

Thanks, Rob and David!