Our second guest for San Diego Comic-Con is...

I'm very excited to announce the second guest for On The Mic Podcast with Tim Drake live from San Diego Comic-Con International will be David J. Peterson! 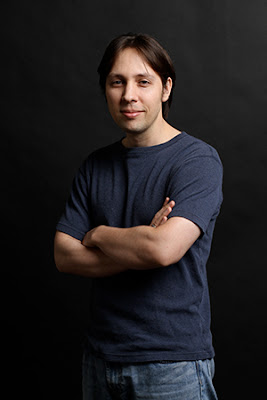 David is the brains behind the Dothraki & Valyrian languages in Game of Thrones, Shiväisith in Thor, Verbis Diablo in Penny Dreadful, Trigedasleng in The 100, Kastithanu, L'Irathi, Indojisnen, Kinuk'aaz in Defiance and many more incredible languages in TV and Film.

David has also appeared on The Daily Show for his book, "The Art of Language Invention".

If you're at San Diego Comic-Con, come join us July 21st for this awesome panel!
Posted by On the Mic Podcast at 9:00 AM