It's been almost 4 years since The Muppets ABC show came to a end, but they are set to make their comeback once again! Today Disney announced yet another great addition to their Disney+ lineup with a new short form series for The Muppets!

The Muppets are coming to Disney+

The new Muppets show is set to debut in 2020 as an "unscripted" show called Muppets Now. Kermit the Frog took to Twitter to share the news with all of the fans. 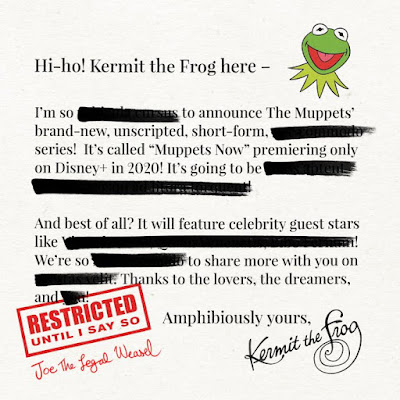 Any of you that listen to the show know how big of a Muppets fan I am and I was so bummed when the ABC show came to an end after one season. I could not possibly be more excited for a new Muppets show. There's a number of reasons I'm looking forward to 2020, but this just makes me even more excited!