On today's episode I have comedian and writer, Janet Quinonez! 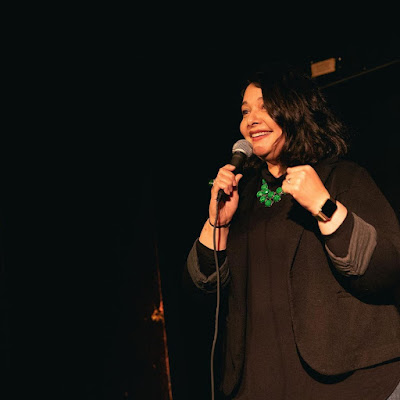 
Janet and I first crossed paths during my time at Metldown as she and her husband were regulars at shows. I knew Janet had a popular comedy show here in Los Angeles called Drunkalogue, and knew that she would be a great guest to talk comedy and building her career. 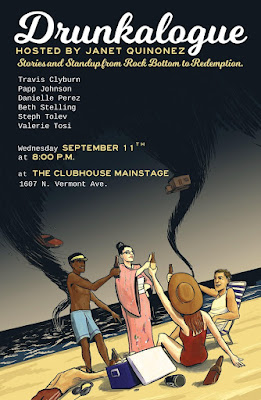 I talked with Janet about getting her start in radio, living in Texas and moving to LA, deciding to make the career change from the corporate world to TV writing, going through UCLA's TV writing program, studying at UCB, working for NBC, how Drunkalogue came about, and so much more.

A huge Thanks to Janet for taking the time to join me on the podcast this week. Make sure to follow her on the links below and go see Drunkalogue here in Los Angeles at The Clubhouse. The next show is September 11. Come hang out with me at the show and see Janet as well.

GET TICKETS TO THE NEXT DRUNKALOGUE SHOW HERE


LISTEN TO THE EPISODE ON STITCHER RADIO HERE
Posted by On the Mic Podcast at 6:23 PM