Warner Brothers released the final trailer for the upcoming film The Joker, and we cannot wait! 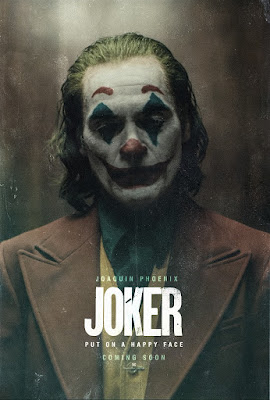 When this film was first announced I was a skeptic of it. The guy from The Hangover directing a Joker movie? I didn't know if it was going to come together. Not to mention I'm not the biggest fan of Joaquin Phoenix. However, these past few trailers have looked fantastic! With the film slated for an October 4th release, take a look at the final trailer.

See you at the theater!
Posted by On the Mic Podcast at 9:22 PM