We started this week with the sad news that The Nightly Show with Larry Wilmore had been cancelled by Comedy Central. This news was honestly hard for me to wrap my brain around. I understand that Comedy Central states it was purely a business decision and the numbers just weren't there. Sadly, that's how the industry works. However, I don't feel that the Nightly Show team ever received the proper recognition they deserve. 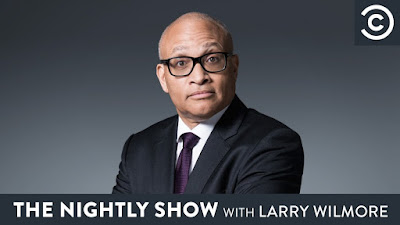 Since the show first aired in January of 2015, Wilmore and his incredible staff or writers and panelists have challenged some of the toughest topics and critics with intelligent humor and sharp whit. Keeping it 100 was not only a closing segment for Larry, but a challenge to all of us to always Keep it 100.

I've heard critics cry foul that the show was too heavy on topics of race, but guess what critics, it's actually a serious issue. You were more concerned about feeling uncomfortable then actually listening to what they had to say. Sure, it's a show on Comedy Central and maybe you don't think such serious topics belong on a comedy show, but honestly, that's one of the best places to attack them. Why hold uncomfortable topics precious and secure? A comedy show is the perfect place to strip down the serious nature and reflect on the absurdity and anger of why we're even having the discussion in the first place. That's how satire is born. The satire The Nightly Show offered was excellent and drove their point of view home.

The writers/panelists on the show: Rory Albanese, Robin Thede, Mike Yard, Franchesca Ramsey, Ricky Velez, Grace Parra, Holly Walker, and Jordan Carlos were some of the best. There were also many writers and crew members that behind the scenes made this show incredible as well. This show will truly be missed.

I also have to say Thanks for making me feel a part of the show for a night, Larry. Nothing made my day more than being able to make you guys laugh with my Keep It 100. 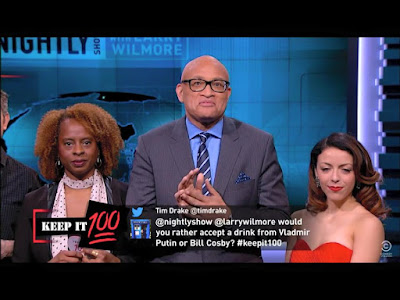 I can't wait to see what you guys do next!