The Duplass Brothers are bringing a new comedy anthology to HBO 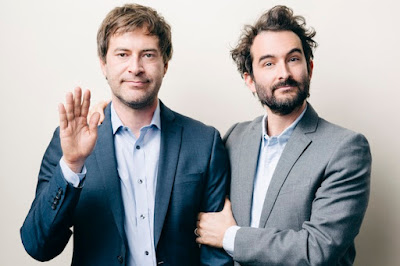 Earlier this week, HBO greenlit the Duplass' newest comedy venture, "Room 104", which is slated for a 2017 release.

The new series is an anthology comedy series set in one hotel room, hence the name "Room 104", that tells the story of a variety of characters passing through the room in each episode.

In a statement on Thursday, the Duplass brother stated:

“We’ve all seen stories set in seedy motels and high-class international resorts, but for years we’ve been fascinated by the funny, weird, sad, scary, absurd things going down in that corporate chain hotel near the airport. That’s what ‘Room 104’ is after… finding some magic in the seemingly mundane.” (via Variety)