Pennywise from Stephen King's IT gets a new costume, and we love it!

When it was first announced that Stephen King's IT was going through the Hollywood remake machine, all of us were a little nervous about how they would approach a film that we loved. However, after seeing the new Pennywise costume today, we love the direction they're taking! 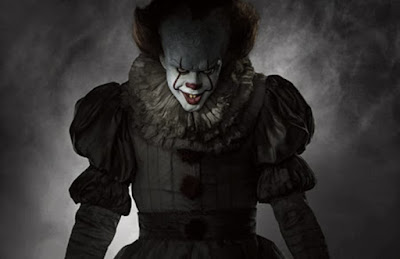 IT was the movie nightmares were made of when I was a kid, and it looks like they're seeking a whole new generation to give nightmares to. I must say, applaud them for doing so.

Bill Skarsgard is taking on the role of the evil clown that feeds on the fears of children in this terrifying remake. The costume was designed by Emmy winning costume designer, Janie Bryant, best known for her work on 'Deadwood' & 'Mad Men'