Last night, Tim was officially announced as a returning guest and panelist for Salt Lake Comic Con this year! 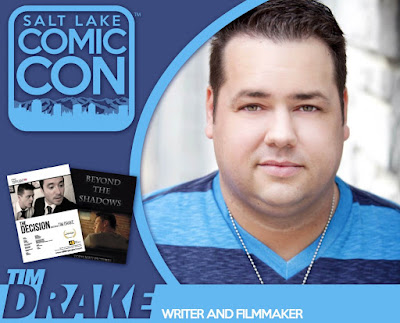 This is Tim's third year with Salt Lake Comic-Con, and he is excited to be returning and joining his fellow panelists.Tim will also be joined by Christopher James, Jesse Knight and other specials guests TBA, as they record an episode at the convention.

While official schedules have not yet been announced, we will have all of the information on the site, as well as our social media pages as it becomes available.