A few weeks ago, we were joined by writer Rob Kutner on our show at San Diego Comic-Con. While Rob is best known for his work on Conan and The Daily Show, we wanted to make sure that all of you had access to his hilarious comic, 'SHRINKAGE'. 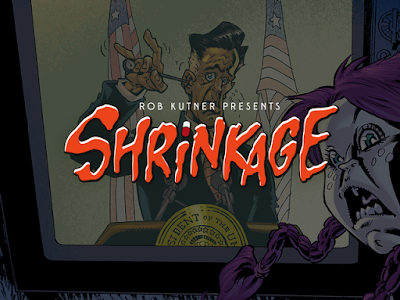 "SHRINKAGE" is a comedy comic, the follows the President of the United States, whose brain has been taken over by aliens that are trying to take over the world. 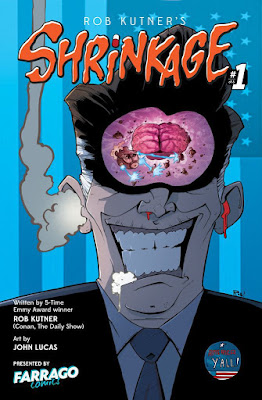 We have absolutely loved reading "SHRINKAGE", and know that you will as well. Rob explained his fascination the brain and the process of creating the comic on Episode 73 of the podcast.

The comic is available through the digital platform, Farrago Comics, which is a FREE comic app! Download the app below, and start reading "SHRINKAGE" today!